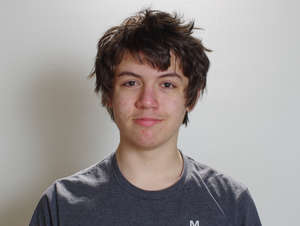 Time to renew Robert’s passport means it’s time to get out the lights again.

I did ask if he wanted to brush his hair.

It will be a more accurate passport photo that way anyway.

And no, you’re not supposed to smile for your passport. Since the lights were set up, I called Sarah over for a shot with Robert.

And then Robert was kind enough to take this photo of me.

After this, the foam core that’s been a background for years went out. It’s age was clearly showing.

Our basement is not overly kind to long term storage. 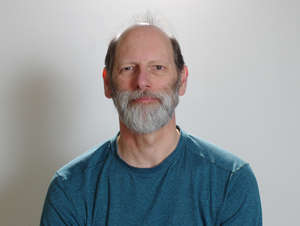 And yes; the next post is the kitties. At least as long as they would stand still.