Hunt for The Egg 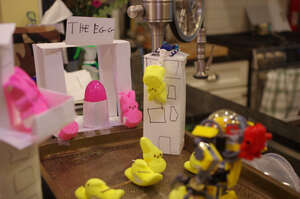 We are all enjoying the Lego Masters show (and are waiting the the final show this week). We gave Robert a small Lego set for Easter and that formed a key element in his Peep Diorama.

The mech is trying to get The Egg back from the land of Peeps.

And it’s not going well…

…at least not yet. 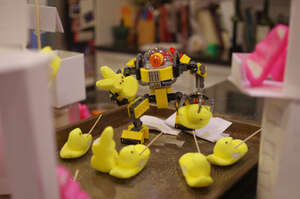 The Peeps are bravely defending The Egg but the mech looks really strong.

Who will win out in the end?

Where will the Egg end up?

Which came first, the mech or the Peeps?

I mean, clearly the Peeps have The Egg now, but did they steal it from mech and he (or she) is coming to get it back? Or is the mech trying to steal The Egg from Peeps, who clearly are quite fond of it? 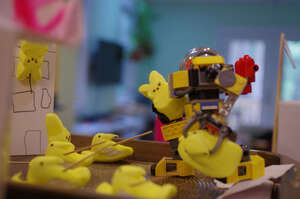